Devil’s Daughter is a comedy group based in Chicago, IL known for their unforgettable solo scenes and unique character points of view. For over 7 years, they have performed at Chicago’s big name comedy venues, most notably their weekly shows at iO Chicago and The Annoyance.

They believe art is created through the collaborative process of honoring and building off the ideas unique to each members’ perspective- on stage, and off. 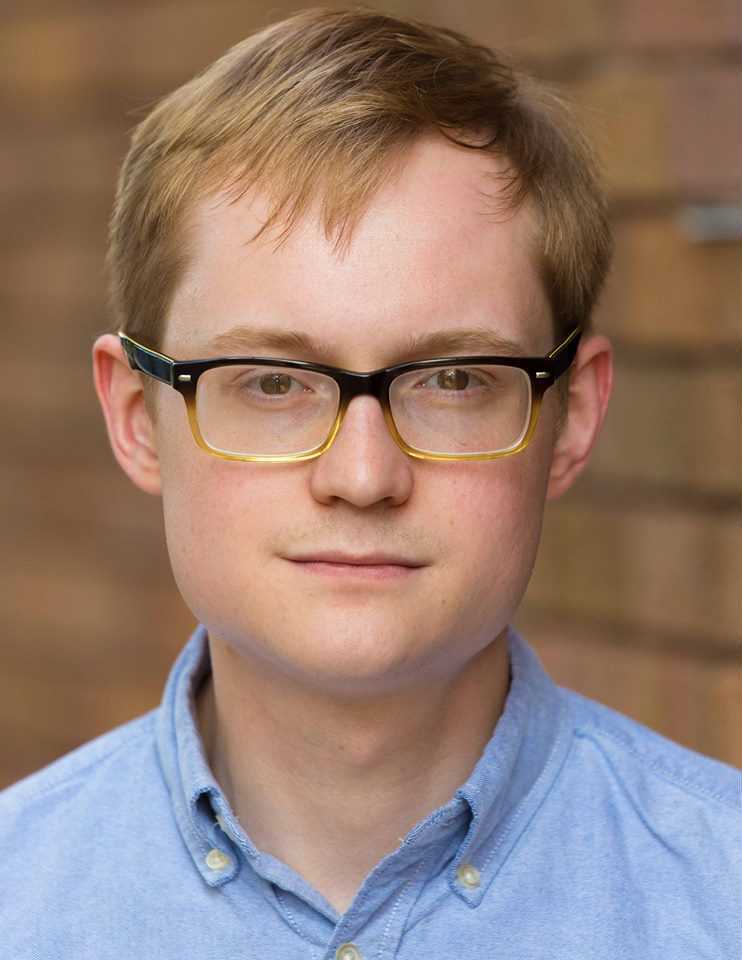 Brad Pike is a writer and performer from Plano, Texas. He has performed at iO, Annoyance, Second City, Laugh Out Loud, and CIC, as well as produced dozens of shows including Campfire, Blocked, and My Valentine from Hell. He wrote and performed the musical Camp Psychopathways, which the Chicago Reader called a “cult classic”, and performed in the SNL Showcase for Lorne Michaels in 2016. 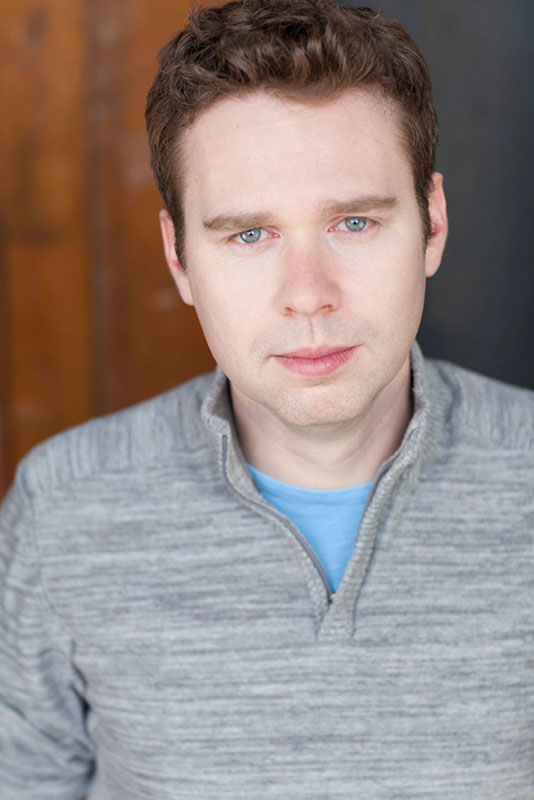 Garrett Kelly has been performing improv, sketch, and stand up comedy for over 10 years. He has been a stalwart of the chicago community performing at iO, The Annoyance, Second City, and pH comedy theaters. Over the years he's had the pleasure of performing with many great talents such as Jason Sudeikis, Loni Love, and Dan Cummins. He is more than lucky to be part of iO's signature team Devil's Daughter. 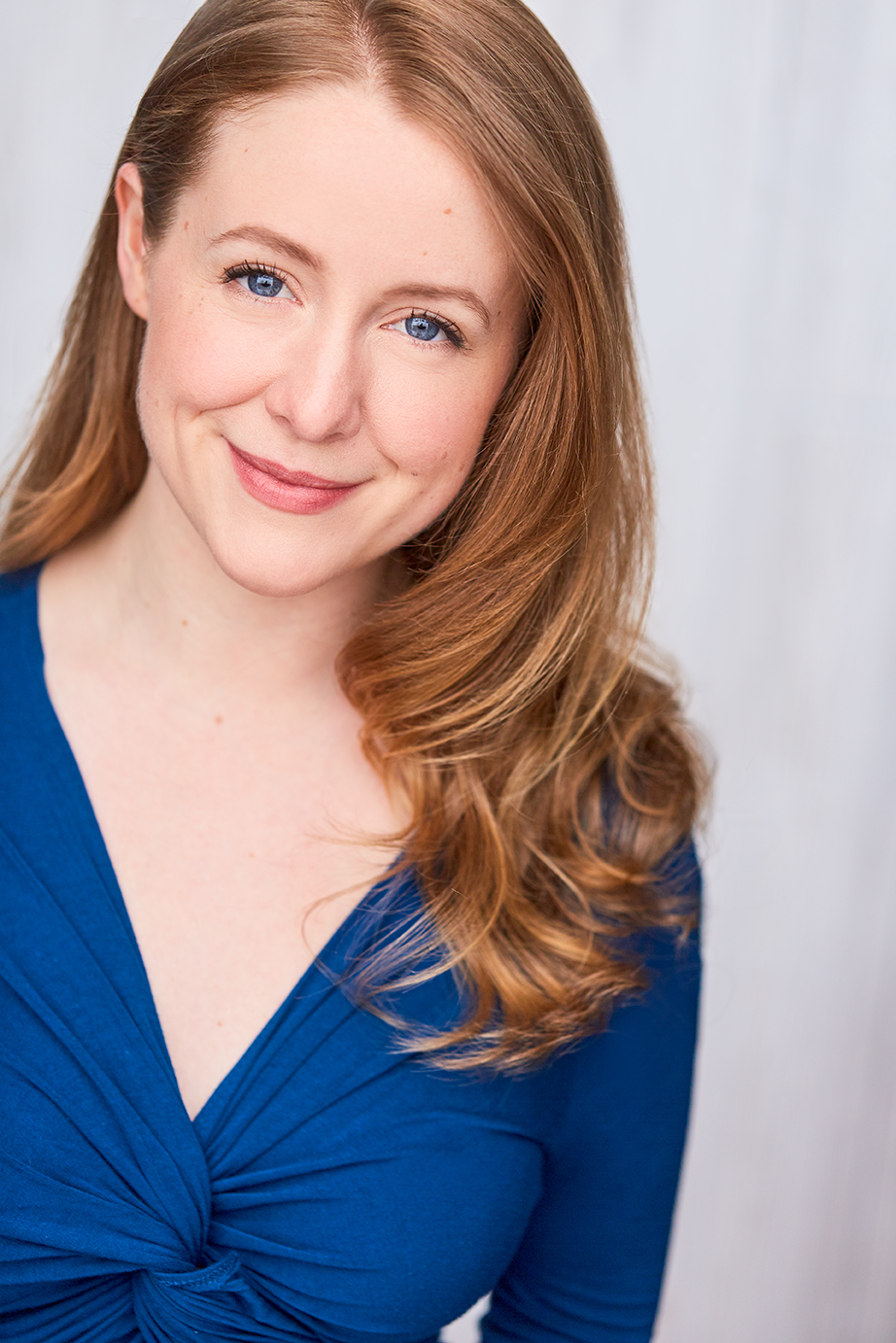 Gretchen Eng has performed in Chicago comedy for 14 years, culminating with her work in Devil's Daughter. Recently, she served as producer and castmate in iO Chicago's flagship show The Armando Diaz Experience while instructing all levels in the theater's Training Center. She has also improvised and taught all over the world, working with a wide array of groups including Cambridge Footlights International Touring Company in the U.K., the 16th Annual Würzburger Improtheaterfestival, Barcelona Improv Group's BIG IF 5, and the Improvember Festival in Munich. She is currently an adjunct professor in Roosevelt University's Chicago College of Performing Arts. 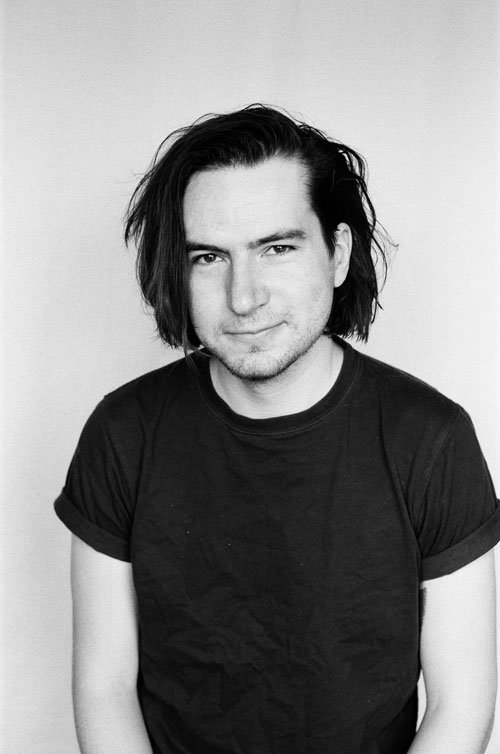 Harrison Lott is a writer, performer from Cincinnati, OH who has been performing comedy in Chicago for over 6 years. He performs weekly at iO Chicago with Devil’s Daughter and Wet Bus and most recently, co-wrote the wonderfully melancholy “New Year, Same Sh**” sketch show. He has performed and taught workshops at comedy festivals all over the country including Austin, Seattle, and New York. Feel free to ask for his mom’s incredible chili recipe.

Throughout his time in Chicago, James has performed with numerous Harold Teams at iO, taken to the high seas with The Second City, and was a member of TJ and Dave's Mission Theater ensemble. Outside of Chicago he has been featured at festivals in Austin, St. Louis, New York, and Juneau. He has taught at iO Chicago as well as The Chicago Improv Den and coaches several notable teams (including Devil's Daughter). He also performs and teaches with Gretchen in their duo James Gretchky and hosts the improviser interview Talking Shop podcast, part of the Devil's Daughter Podcast Network. 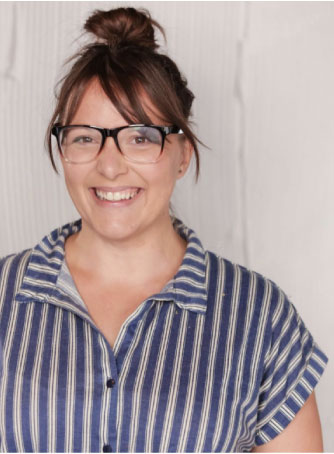 Lisa Burton started performing comedy as an understudy at Brave New Workshop Theatre in Minneapolis. For the last 12 years, Lisa has been performing, teaching, and coaching improv and sketch comedy at iO Comedy Theatre, Annoyance, ComedySportz, and has performed from Alaska to the Caribbean through Second City Theatricals. 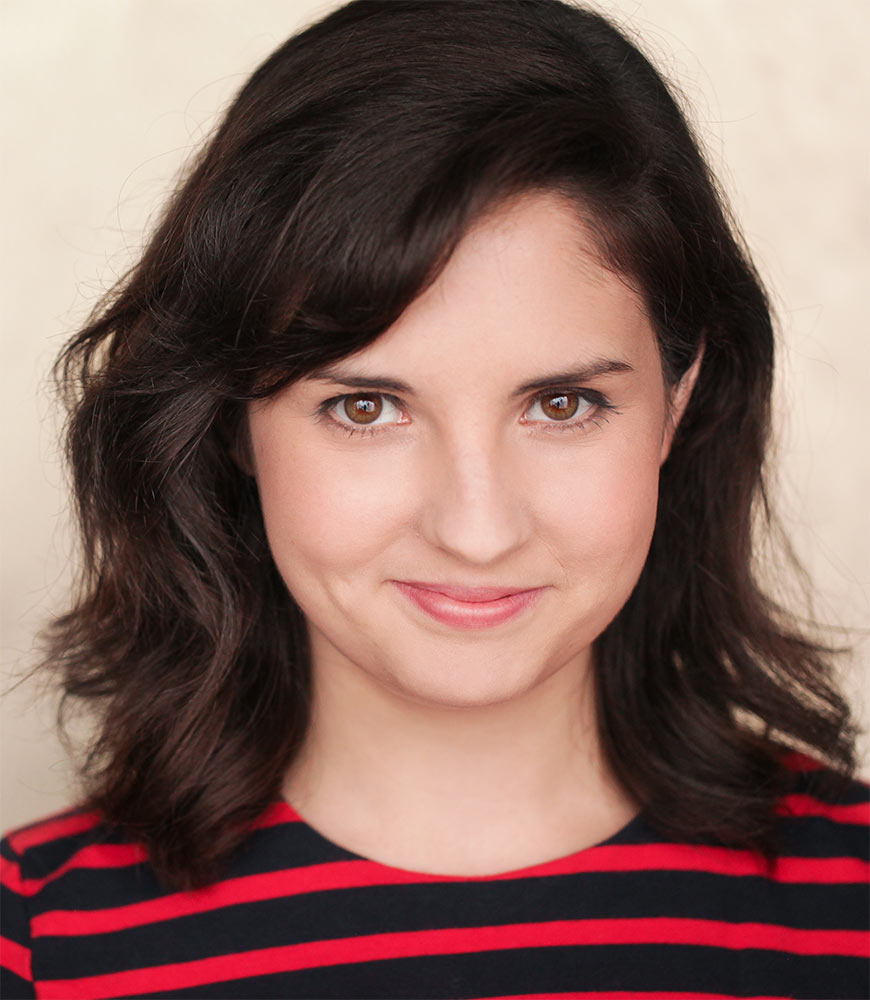 Mary is an actor and comedian originally from South Carolina and now based in Chicago, Il. She has performed at the Goodman Theatre, Steep Theatre, The Neo- Futurists, Second City Training Center, and iO Chicago. Mary is a proud company member and the Program Director at PlayMakers Laboratory theatre, a 501c(3) non-profit dedicated to teaching creative writing in Chicago Public Schools. As a filmmaker and writer, Mary has had her work featured at film festivals across the country. Check out her most recent project at www.coolforfiveseconds.com 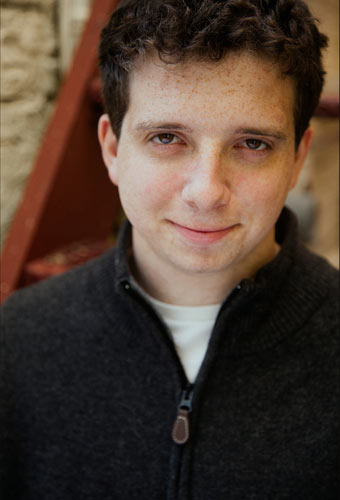 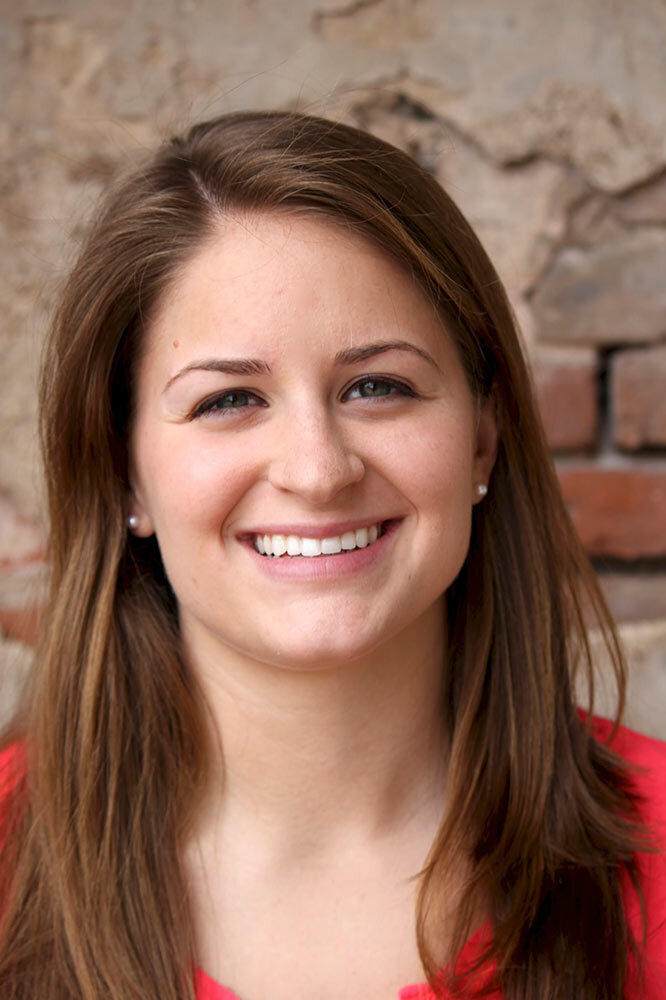 Rachel Smith Rachel is a writer and performer; she performed regularly at iO Chicago with Devil's Daughter, Virgin Daquiri and the all-queer ensemble Dreamboat,  which she also co-produced. She’s trained across the city at The Second City Training Center, iO Chicago, The Annoyance and CiC in writing, improv and sketch. 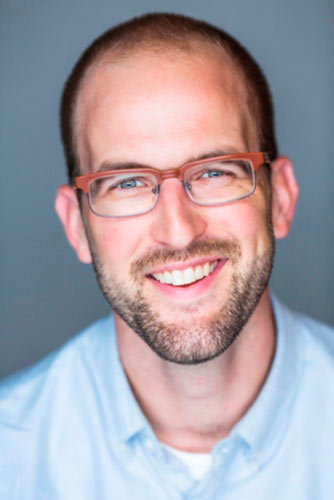 Scott Piebenga is originally from Michigan, where he was a member of the improv and sketch comedy group Crawlspace Eviction. He performed on the national comedy tour We Can Make You Laugh, appearing in over 30 states. Scott spent time in Denver where he improvised at Bovine Metropolis Theater and Voodoo Comedy Playhouse. He has studied and performed at Chicago's Annoyance, iO, and Playground theaters. He has appeared at improv festivals in Cincinnati, St. Louis, Kalamazoo, New Orleans, NYC, and Toronto.

Tyler Davis is an actor, comedian, filmmaker and musician in Los Angeles by way of Chicago. He co-wrote and performed in the 2020 CBS Showcase and was an editor, writer, producer & DP for 2021. Back in Chicago, he starred in two mainstage sketch revues with The Second City Chicago, created online sketches for Comedy Central, and performed with his long-running Harold team Devil's Daughter. Currently, he's a Production Consultant and co-stars on the Showtime series Work In Progress, voices the character of Jonnit on the podcast “Campaign Skyjacks” and has recently signed on to direct commercials with TESSA films. Davis is repped by DPN Talent in LA, Grossman & Jack Talent in Chicago, and managed by El Centro Management.

Partners from the improv community that have co-taught classes and workshops with Devil's Daughter. 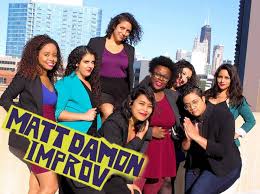 Check them out at www.mattdamonimprov.com

Ben Kinsinger is a song-writer, composer, and music director from Washington, IL. Ben has performed alongside numerous teams at the iO theater, accompanied magicians at the Chicago Magic Lounge, and composed scores for several Chicago theater productions. He sold his soul to Devil's Daughter in 2017 and will serve as a musical contributor until his firstborn child is of age to relieve him. Check him out on Spotify.

Lauren Walker is an LA-based comedian and writer from Chicago. She has studied at the University of Illinois, The Second City, iO Chicago, and The Annoyance Theater. As a member of the Second City National Touring Company, Lauren traveled the country performing improv, sketch, and standup comedy. Recently, she wrote and performed for the ViacomCBS 2020 Showcase. And currently, Lauren is honored and excited to teach with Devil’s Daughter. Let her lead you on Instagram @hotappledumpcake.

Danny Galvin is a writer based in Los Angeles, who has trained at both Second City and iO and who holds an MFA in Screenwriting from USC. He works in film and TV development alongside writers ranging from Terry Rossio (Shrek, Pirates of the Caribbean) to Jerry Zucker (Airplane!, Rat Race). He also freelances with the organization RoadMap Writers, offering both written and in-person notes on both pitches and scripts from aspiring film and TV writers.